In Season 3 Episode 2 Northside Marine’s Bill Hull gives us some handy towing tips to keep you safe on the road when towing your boat on your next adventure.

On Season 3 Episode 1 of Step Outside with Paul Burt we show you a few different styles of ganged hooks to rig your pilchard.

John from Century Batteries with another Deep Cycle Battery tip to keep us Stepping Outside fully charged!

In Season 2 Episode 8 we re-visit the art of beach worming and get more in details about how to catch them, what to look for and save yourself some hard earn money.

In Season 2 Episode 9 John from Century Batteries is on hand with another helpful battery tip on 4WD batteries and marine batteries.

In Season Two Episode 8 Anaconda team member Heath Roberts lifts the lid on the Berkely Tool Bucket to show us what’s inside. And its safe to say this bucket has everything you need for your next fishing adventure!

John from Century Batteries with a tip on keeping your batteries well charged to ensure they are always ready for use.

In Season Two Episode Eight, editor of Blue Water Magazine, Tim Simpson joined us to share one of his invaluable tips to help transform your success as an angler. 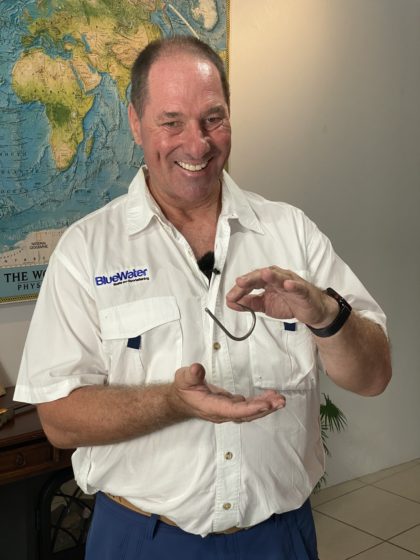 John from Century Batteries with another fantastic battery tip

In Season Two Episode Four Paul shows us the Shimano Reel Covers and why they are great for your prized possessions.